May Leadership Series: Mark Robinson, "Multiplying Leadership in a Time of Release" 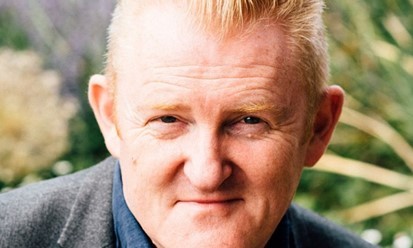 Register for the GoToWebinar event by clicking here

We are delighted to welcome Mark Robinson, Director of Thinking Practice, to deliver the third of our May Leadership Series webinars.

Mark Robinson founded Thinking Practice in 2010, through which he writes, facilitates, coaches and advises across the cultural sector. His most recent publication is Multiplying Leadership in Creative Communities, commissioned by Creative People and Places. He is the author of influential papers such as Making Adaptive Resilience Real and The Role of Diversity in Building Adaptive Resilience (co-written with Tony Nwachukwu) and has given keynotes, talks and workshops across the UK and internationally.

Mark was previously Executive Director of Arts Council England, North East and Director of Cleveland Arts. He has also run festivals, poetry publishers, community arts programmes and worked in adult education. Before all that, he had a successful career as a vegetarian Head Chef. Mark is also a widely anthologised, translated and award-winning poet whose Selected Poems, How I Learned to Sing was published by Smokestack in 2013. In 2016 he was commissioned to write ‘the Infinite Town’ a poem now carved into a large plinth on Stockton-on-Tees High Street. He is a trustee of Unfolding Theatre. He is also a member of the Investment Panel of The Key Fund and of the Programme Impact and Evaluation Committee of Spirit of 2012.

In his webinar, Mark will connect his recent work on a set of leadership practices he calls ‘multiplying leadership’, which challenge dominant hierarchical mindsets, to key elements of adaptive resilience, highlighting some potential new ways of approaching resilience in the future. He will draw on some of what he’s learnt/observed about multiplying leadership without position or title, as a self-employed slashee. (Writer/researcher/ facilitator/ strategist/etc) to identify some practices that people could use in their organisations, communities and networks.

Find out more about Thinking Practice and Mark's work on his website: www.thinkingpractice.co.uk

Register for the GoToWebinar event by clicking here

This event is free for Arts & Business Northern Ireland members ONLY and costs £25+VAT to non-A&B NI members.