-using arts as a central element of CSR strategy

-support and inspiration for arts organisations

-public art embedded in corporate culture, not a bolt-on

-an authentic part of its brand strategy for business growth

-supporting a range of arts initiatives, most with a community focus

Looking around the Harbour Office in Belfast and the surrounding docks it is easy to see how Belfast Harbour recognises the importance of art in its various forms - from the public sculptures such as ‘Divider’ on Clarendon Dock to the extensive art collection housed in ornate Victorian rooms within the office building itself.

As communications and corporate responsibility (CR) manager at Belfast Harbour, Jenni Barkley explains, the various paintings and sculptures donated over time helped to form its CR strategy and embed the arts in the culture of the organisation. The arts are one of four pillars in this strategy set out in 2007, the others being young people, environment and community.

“While we have a structured strategy, the arts have become part of our daily thought process. For example, we ran a public art competition to design a mural at Barrow Square to coincide with the arrival of the tall ships last July. We try to find a CR angle to bring in a softer side to everything that we do,” she says.

“Supporting artistic activities makes sense for us as we want people to see Belfast Harbour as a creative place to be and help to create a vibrant, fun city for people to invest money in and find the workforce they need.”

Belfast Harbour has entered into several arts partnerships over the years, mainly with community-based projects. For example, it recently decided to support a project which will involve a group of young people from Cara Friend working with Wheelworks and a group of professional artists to create a piece of artwork and supported Talent Tribe in allowing young people to work alongside two local Oscar nominees to make a new production.

Other recent partnerships include those with Open Arts and DU Dance (NI). Artistic director of DU Dance (NI) Mags Byrne says that thanks to Belfast Harbour the dance development company has been able to run youth engagement projects since 2011.

Last year Belfast Harbour went up a gear in terms of scale and public focus in its support of Culture Night Belfast for the first time.

“Culture Night is the biggest cultural night of the year attracting over 65,000 people and featuring many different types of art and performances they wouldn’t have seen before,” says Barkley.

“When arts funding cuts were announced in 2014, Culture Night was heavily impacted and as we are big supporters of the arts we felt it made sense for us to have some involvement to ensure it happened in 2015.”

On engaging with the Culture Night organisers, Belfast Harbour felt this was a relationship that would work well, according to Barkley. An important element of the partnership was the creation of the Culture Night Belfast Almanac – a new approach in public consultation involving three events where people were asked to consider what was important to them when planning a modern city under the headings of arts, environment and youth.

In its usual form, an Almanac is an annual publication that includes information such as weather forecasts, tide tables and tabular information.

Adam Turkington, development director of Culture Night, explains: “Belfast Harbour helped us to come up with the Almanac idea, worked with us on it and hosted the consultations in its offices. The body of work produced through these events was presented to Belfast Harbour as a guide to help to inform harbour policy as well as being used as an artistic muse to create content to deliver on Culture Night. Because of its format, the Almanac allowed people to say what they really thought, which was quite radical.”

Barkley says the Almanac gave Belfast Harbour the opportunity to engage with people in a new way at a grass-root level. This was helpful in terms of informing its decisions, for example on the roll-out of the new £250m City Quays development which will incorporate office space, residential, hotel, retail and car parking.

The outputs from the Almanac events were turned into a series of screen prints signposted around the city featuring the text of a specially written poem, a piece by a street artist using stencils near the harbour and a pop-up intervention by street performers on how adults should be treated in public spaces. “We were in a funding crisis when Belfast Harbour approached us in 2014 and that offer of help stepped up what we could do in 2015. They really got the project and were happy to work with us to make sure everybody got what they needed out of the relationship,” says Turkington. 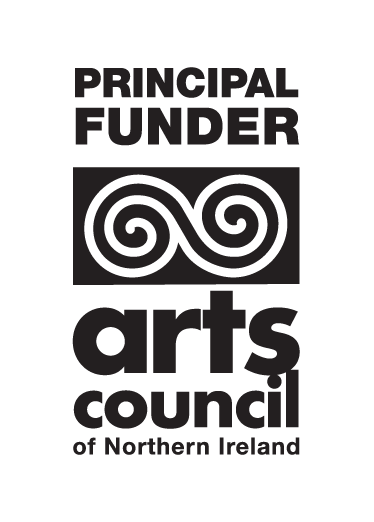